A Hot Take on Earth Day

Listen to the Earth Day edition of PLAN’s Beyond Waste Podcast here!

Today is the 50th anniversary of Earth Day. For most of us, it probably feels a bit anticlimactic. We’re quarantined at home, video-calling into meetings in our pajamas, and kneading our sourdough bread. Whatever climate march or beach cleanup we originally signed up for is cancelled; we’ll probably just post a nature pic on Instagram from our bed with the caption, #earthday.

How did Earth Day start?

In 1969, Gaylord Nelson, a U.S. senator, saw firsthand the effects of an oil spill off the coast of Santa Barbara, California. Noting the general public’s increasing interest in environmental issues following the 1962 publication of Rachel Carson’s Silent Spring, and inspired by the student-led power of the anti-war movement, Nelson realized this was the time to get environmental protection on the national agenda. His strategy was to harness the anti-war energy of students and other young folks and redirect it towards issues like air and water pollution.

He hired a 25-year-old named Denis Hayes to coordinate efforts across the country. Hayes managed to bring together 20 million people on April 22, 1970 for a “national teach-in on the environment,” which amounted to a mobilization of 10% of the U.S. population at the time.

That first Earth Day serves as a fascinating example of the 3.5% rule in action. First proposed by political scientist Erica Chenowith after analyzing hundreds of violent and nonviolent campaigns taking place between 1990 and 2006, the 3.5% rule maintains that once a campaign engaged 3.5% of the general population, success was certain. With 10% of the national population engaged, it’s no surprise that by the end of the year, participants of the first Earth Day had achieved landmark national legislation protecting the environment with the creation of the Environmental Protection Agency and the passing of the Clean Air Act. 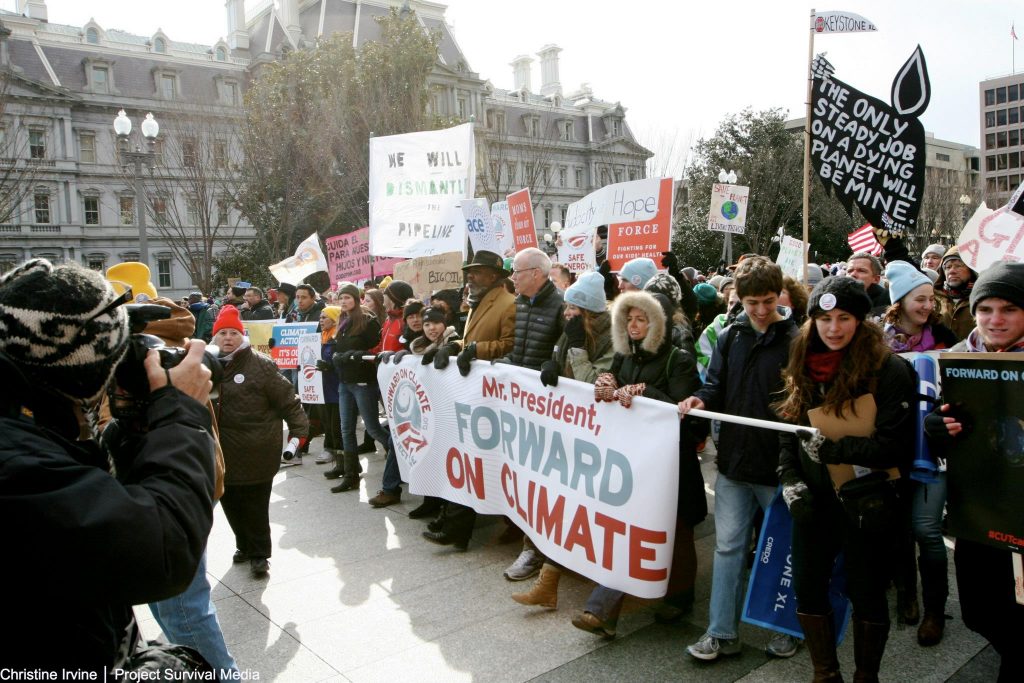 Earth Day is undeniably powerful in its ability to unite people of all backgrounds and political beliefs on one single day for the same cause. And it can do that because one of its hallmarks is its perceived accessibility – anyone can plant a tree! But this also doubles as one of its major shortcomings – anyone can “pitch in” for one day to make the world a better place, including the average individual, or even industry “greenwashers.” It’s too easy to demonstrate commitment to the planet one day a year, and then return to business-as-usual for the other 364, feeling that your activities are justified from that limited edition product you released containing 2% recycled content.

But there’s too much to say about greenwashing. Instead, let’s focus on what you can do as an individual and as a community member. The opportunities for engagement are endless these days now that Earth Day is no longer confined to a 24-hour event – now it’s Earth Week, Earth Month…but a recurring theme is the demand for individual action.

Google “Earth Day tips.” You will find literally over 500 million results. Half the blogs will suggest that an easy way to shift away from the single-day, single-action narrative is to incorporate positive changes into the daily rhythm of your life – maybe it’s riding your bike instead of driving to the grocery store, or practicing Meatless Mondays. These are all good places to start, but what if you used these actions as the starting point for organizing beyond the individual and pushing for systems change?

Because the greater goal is to de-emphasize the individual – the reason why the first Earth Day was so strong was because of the sheer number of bodies acting in unison for a common goal. adrienne maree brown likens a strong movement to the “strategic flocking” of starlings, where the trust runs so deep and leadership is collectively held that “in any instant, any part of the flock can transform the movement of the whole flock.” Individuals acting together as a flock are far more powerful than the same number of individuals acting alone.

However, we recognize that not everyone can or has been allowed to contribute to the movement in the same way. Earth Day and the environmental movement has historically been a space held by privileged, white folks, with limited points of entry for those who don’t fit that profile and little regard to the ongoing efforts and lived experiences of low-income communities and communities of color. The goal for the movement is for every individual and smaller community that it encapsulates to be able to support each other; only then can the movement achieve its goals in a socially just way.

Although we urge you to engage in systems change and systems thinking, there are also individual actions you can take that allow you to contribute to the initiatives and movements already alive and thriving in your community. Here are some ideas to further inspire and foster collective action: 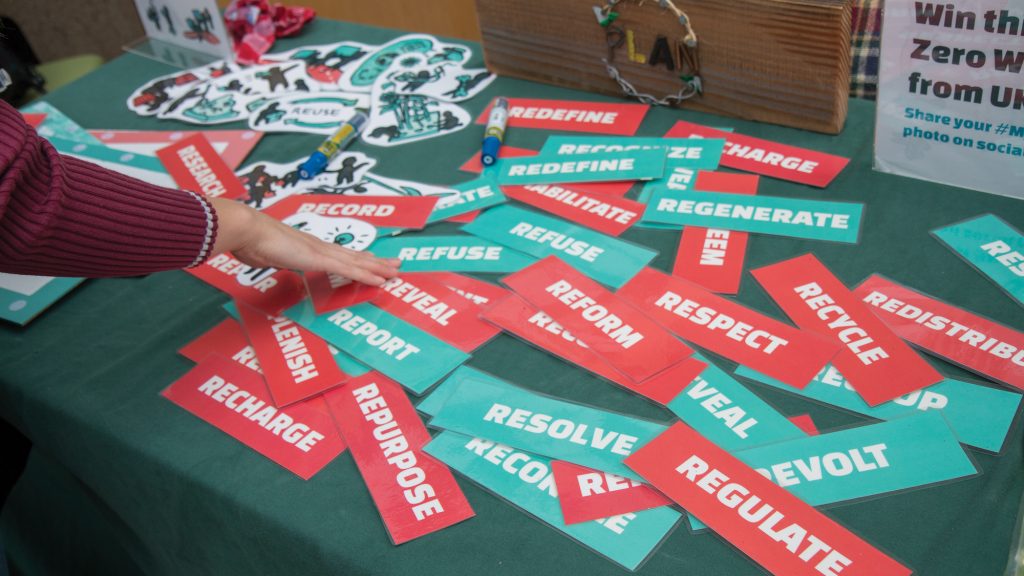 We encourage you to brainstorm other ways you can harness your unique abilities and experiences to contribute to your community’s organizing efforts. And there is no better time than now, while we are all collectively fighting the spread of COVID, to begin. Hundreds of localized mutual-aid networks have sprung up across the country to assist folks with varying identities, abilities, and health conditions, support workers and unemployed folks who don’t have the luxury of working from the safety of their home, and ultimately, to build stronger communities. Access to basic needs, advancement of food justice, etc. are all causes that are intrinsically tied to the environment and are just as important year-round.

But if you DO want to celebrate Earth Day this year from the safety of your space, here are some suggestions:

For more ideas, feel free to dig around on our website – our digital trainings cover leadership skills and zero waste projects that you can start planning before heading back to campus. These are now available to everyone on a donation-based sliding scale.