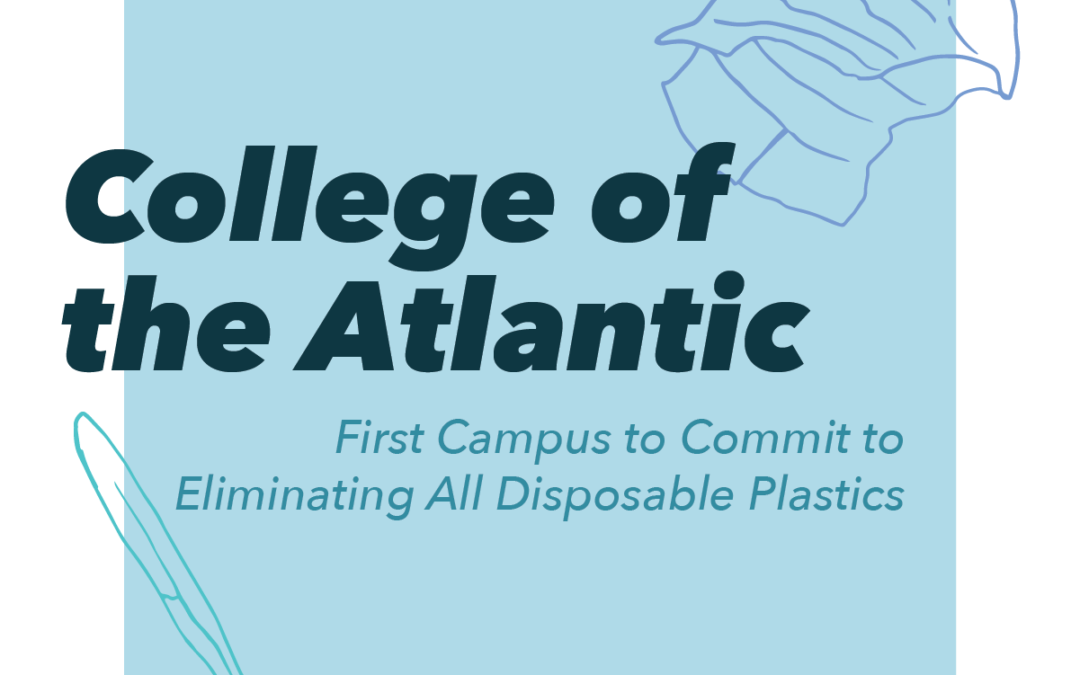 Bar Harbor, ME. The College of the Atlantic is the first college campus in the country to sign onto the “Break Free From Plastic Campus Pledge” – a campus-wide commitment to eliminate all single-use disposable plastics. With COA’s President signing the pledge last week, COA has committed to “Break Free From Plastic” by 2025. This initiative was led by the student group [Earth] and supported by the non-profit the Post-Landfill Action Network (PLAN). The “Break Free From Plastic” campus pledge and toolkit specifically addresses accessibility and inclusivity concerns, and generates a framework for college campuses (and other institutions) to develop long-term systemic solutions to issues around waste and disposable consumption.

PLAN is a non-profit that cultivates, educates, and inspires students leaders to tackle issues around waste and unsustainable systems on their campus. The campus pledge was built in coalition with the international Break Free From Plastic Movement and can be found on PLAN’s website among many other tools and resources to assist students looking to get involved in the student led zero waste movement.

[Earth] started as a logo developed by a group of College of the Atlantic students preparing to attend the UN Climate Negotiations in Nairobi in 2006. From there it has grown into an internationally recognized symbol representing the political mess we’re in. We believe international cooperation is not only possible, but necessary if we are to address our most pressing problems. Any lasting solution needs to include as many people as possible.

“It’s become clear to many people by now that plastics are one of humanity’s ‘wicked problems,’ and while the actions of one small college aren’t going to solve that problem, what we are doing with the signing of this pledge is a very real start–one we hope that other organisations will take notice of and consider following along.” – Darron Collins ’92, president of COA.

“The PLAN pledge will be an important keystone in College of the Atlantic’s commitment to diverting 90% of campus associated discarded resources from landfill and incineration by 2025” – Eleanor White ’22, co-chair of the Campus Committee for Sustainability

“By signing PLANs #BreakFreeFromPlastic pledge, we hope to commit College of the Atlantic to follow through on the discarded resource policies that we have in place and join a growing network of campuses that are moving away from single-use plastics” – Anna Mae Sheehan ’22, member of [Earth] 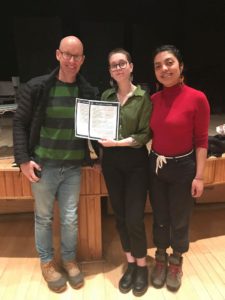